The ALCHEMY OF MAPPING THOUGHTS by Hanna Hollmann 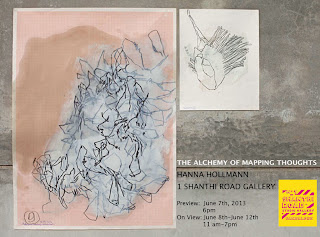 "I followed certain patterns, rhythms and repetitions in the everyday life of India and consider this process to be a mapping of thoughts, emotions and encounters. I used objects and lines, as metaphors to translate my experiences into an abstraction.“

HANNA HOLLMANN studied at University of Applied Arts Vienna Fine Art and Stage Design.During her studies she had an Erasmus scholarship to Wimbledon School of art London and also studied a year at UDK, Berlin. She focuses on drawing as well as on printmaking and is also working as a costume designer for Theater, Performance and Dance.She has been working on projects including Exhibitions, Theater performances, animation films in different parts of Europe.Since 2010 she is part of "The Loose Collective", an Austrian based group of International contemporary Dancers, Musicians, Artists and Choreographers;She exhibited at Spinnerei Leipzig as part of the "Pilotenküche" residency program in 2010.She took part at Theertha International Artist Workshop, Colombo, Sri Lanka 2012 and was an invited Artist at the Colombo Art Biennale 2012 "Becoming", where she realized the installation "Not Finished Yet". 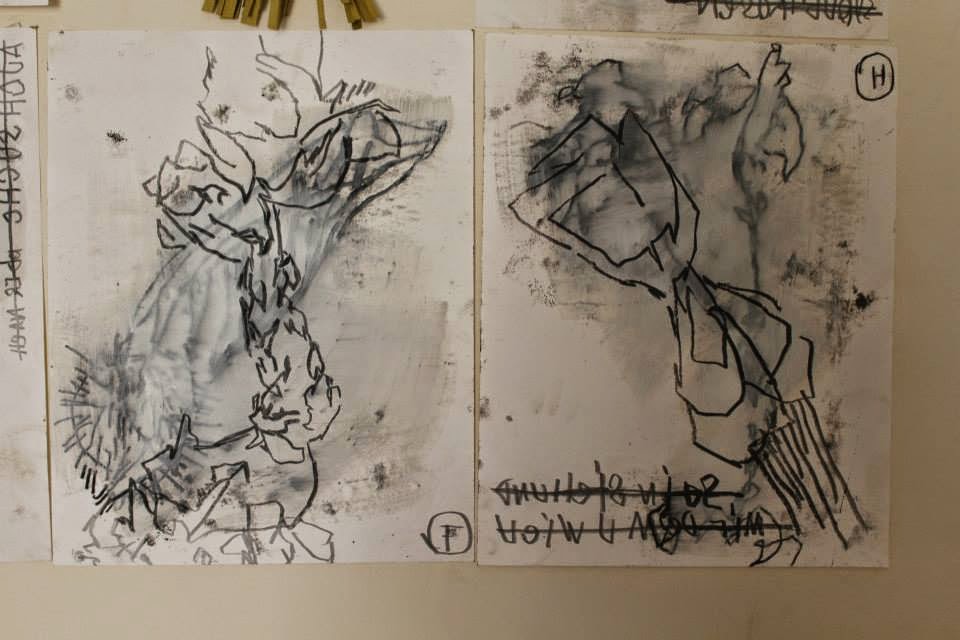 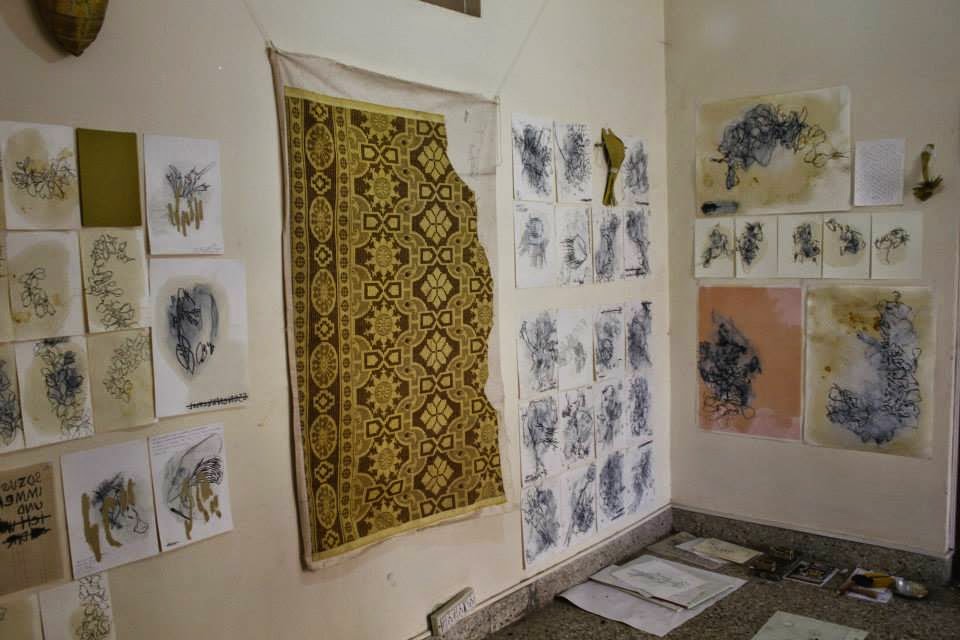 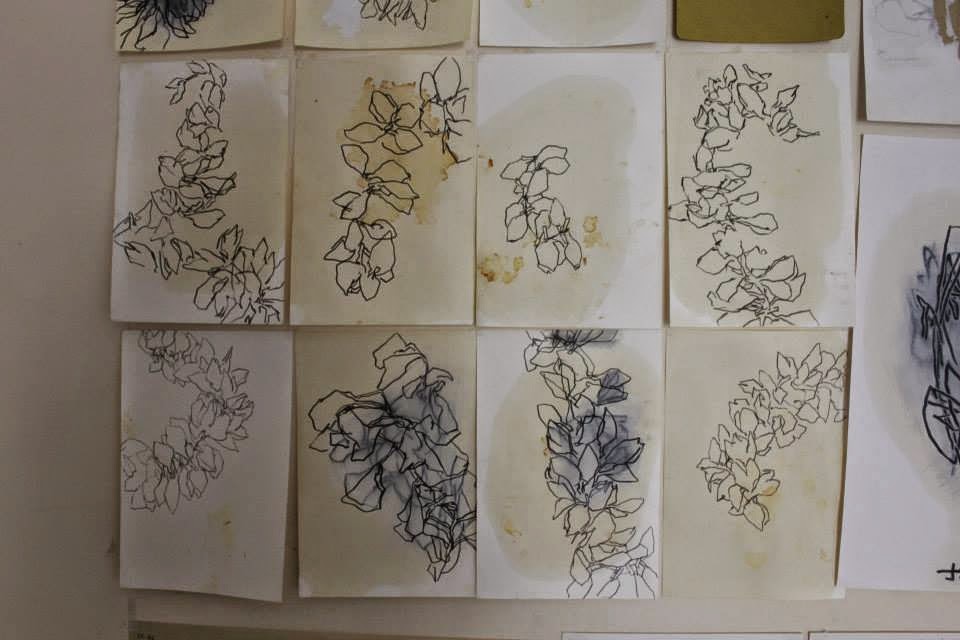 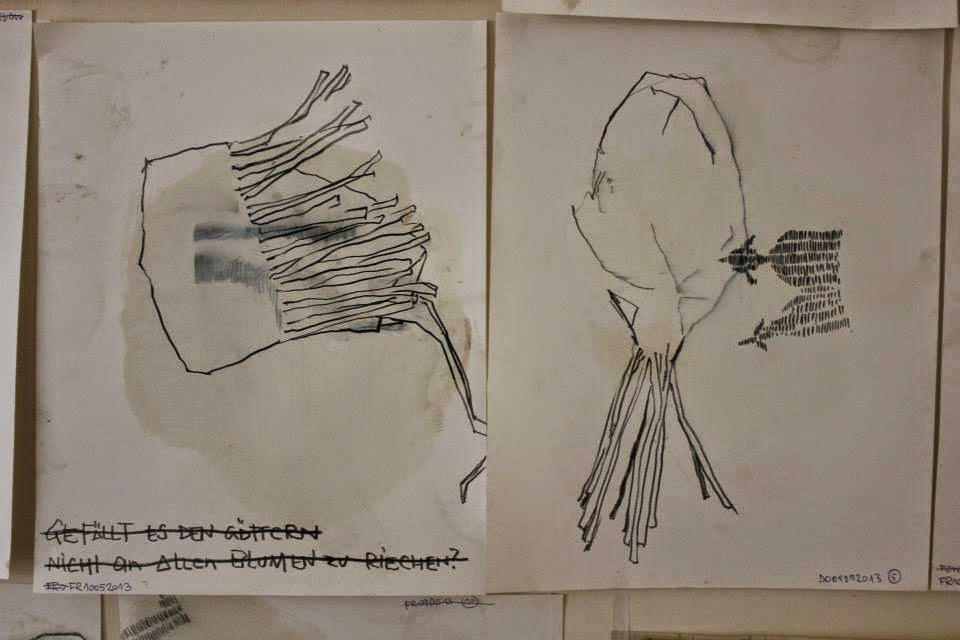 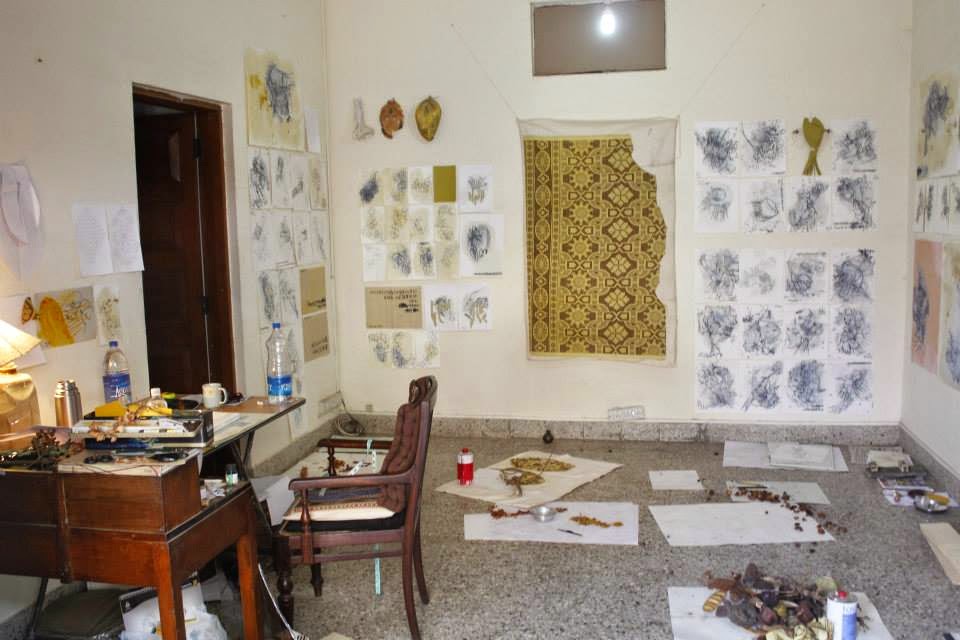 Posted by Suresh Jayaram at 9:22 AM