The Golden Feral Trail is my journey that records local oral histories to trace the relationship between South Asia and Western Australia. The story of trade and migration between the two regions from the early 1800s until the present can essentially be mapped from the Gold rush to Ghost towns of today. This trail has taken me to cemeteries, abandoned graves, deserted mining pits, ghost towns, institutional archives and personal photo albums.
South Asian cameleers and traders, referred to as ‘Afghans’ were brought into this region of Australia to help the British Empire explore and exploit its resources. There was no infrastructure of roads and railways yet so the British first brought in horses but they were of no use in a desert. Then they tried camels from Saudi Arabia, but they failed too as this was a salt desert. Finally the South Asian camels worked for them as they were from a similar climactic region. An unexpected bonus was the cameleers, Afghans. They belonged to nomadic sects and turned out to be very good explorers and invaluable to gold exploration missions into the outback. Renowned British explorers (many new towns came to be named after them) were in fact led by obscure Afghans and Wongathas who knew their land better.
The Wongathas respect the Earth, anything vertical on it is venerated – mountains, hills, rocks but the Englishman was interested in what was hidden underneath. Wongathas had only stories to share, and their land they were forced to share.
Coming back to the Afghans, I realized the nomenclature of ‘Afghan’ was used very loosely in the Australian immigration records. It referred to immigrants belonging to nomadic sects across Sindh, British India, Afghanistan or Baluchistan. They could be of many different religions - Muslim, Sikh, Hindu and speak diverse languages - Urdu, Hindi, Pashtun, Dari but for the British authorities in Australia they were all Afghans.
Today there is much that is feral in the Australian landscape. A lot of the seeds, animals, even the camel is feral now. Like a mine is abandoned when the land’s veins are sucked dry of the resource, like a town supporting a nearby mine becomes a ghost town when the miners move away to the next mine. This landscape is a spectator to the vestiges of the Empire even as it contributes to new global empires. Australian camel meat is exported to the land of the camels - the Arab countries now. Wongathas don’t eat camels. They forage for Emu eggs while the mining companies dig for gold alongside.
The Feral Trail, as I call it, as I see it, remains beneath the red earth. This Western Australian horizon tells a story of a nomadic establishment of economy but also of a loss, an erasure.
Everyday everything goes back to the earth. 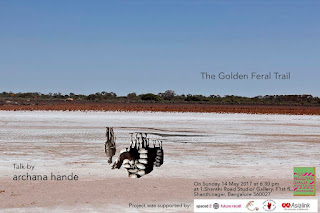 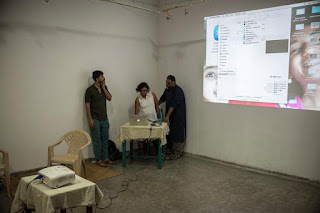 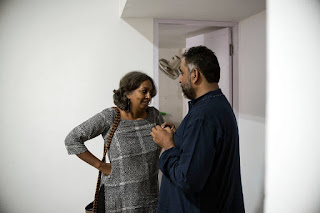 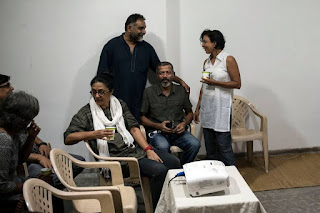 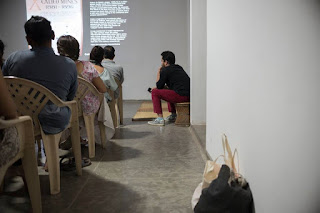 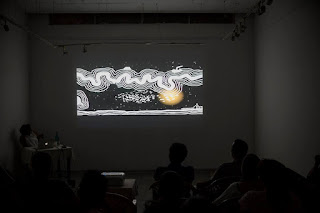 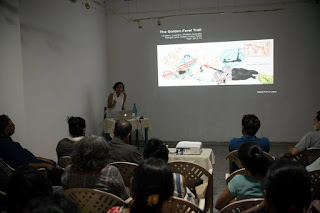 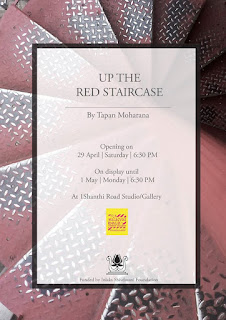 Posted by Suresh Jayaram at 7:37 PM No comments:

Birender Yadav has been exploring his identity first and foremost as a son of a coal miner from Dhanbad among other things. In this context, in one of his previous works, he used workers’ thumb prints as impressions of the uneducated - a process that socially engages people living hard earned lives. His work grapples with the self and his own predicament as an artist has been to explore conceptual ideas about identity, material and the politics & violence of prevalent in our society. His recent work during his residency at 1Shanthiroad looks at surveillance in Bangalore, the iconic evil eye demons that dot the city, and the popular political symbols that fire his imagination.​ 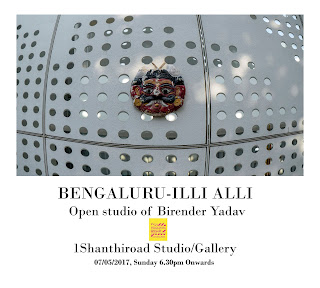 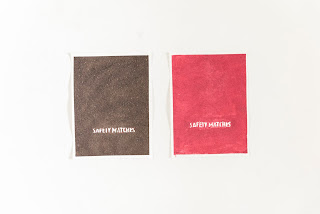 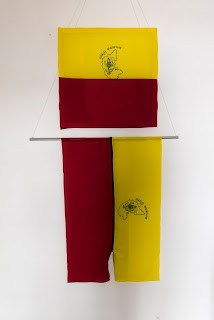 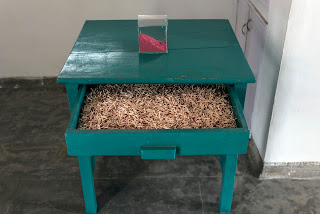 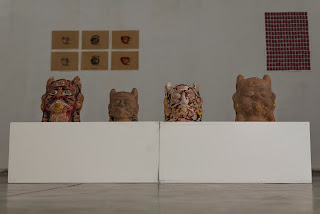 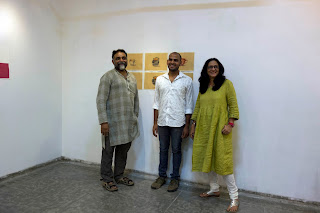 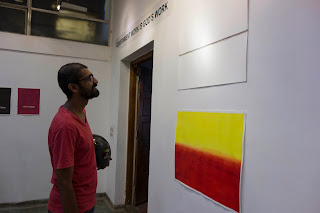 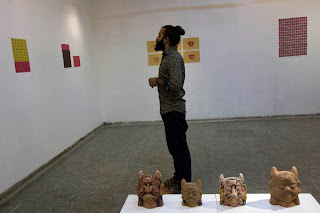 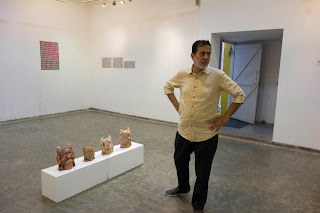 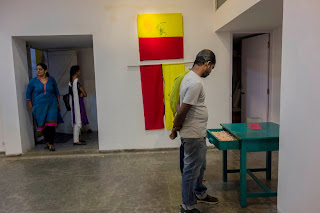