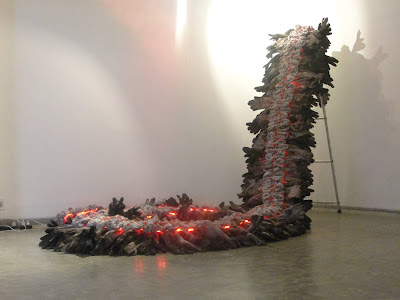 KHOJ@1SHANTHIROAD-INDIA+NEPAL“Mutual respect trust and the will to share resources are, thus, the basis for effective intercultural work, and our greatest strength today is undoubtedly the pool of artists willfully linked to each other. In the face of increased political volatility post 9/11, and the enhanced securitization across border, maintaining such connections is ever more challenging, and simple procedures, such as obtaining visas for visiting artists, are often fraught with difficulty.”
The Khoj @1shanthiroad program has been focusing on the collaboration with artist from South Asia for the three years. We have collaborated with other alternative groups to ”forge alliances between local and international artists, they also empowered local artists to address local issues in new distinctive ways. ”Conversation across cultures” has been our core agenda and we continue to reach out and embrace differences and celebrate our unique cultural bonds.
NEPAL and INDIA, share a long bond of socio-cultural relations, the porous borders have allowed people to migrate and live in both countries. The cliché holiday destination is no longer the same, the dismantling of the overpowering royalty and the path to democracy was a difficult one. Change in mindsets and lifestyles have ushered in new ways of confronting the world outside the mountain kingdom.
The concern of the two collaborative artist have been migration and the process of connecting to the worker. Working in the “arte povera” aesthetic they use urban leftovers to construct an installation that connects formally and subjectively.
Sunil has been putting together a series of used workers gloves that are stringed together, the medium is the message. The result is an ambiguous object that has a live of its own, the multiple hand gloves remind us of the laborer. The reference to the working class and their struggle is obvious by itself. The installation evokes many formal associations and subjective preoccupation of the artist.

His video of himself is projected on a pair of pillows, as he struggles to overcome the nightmare and deal with the reality of facing a new day. Sunil connected to the neighborhood “Bahadur” the friendly watchman – Devilal Chathri, who has made this city his home and has a close association the studio. The series of photographic prints documents his life and work and is a homage/tribute to his life in exile, a life of longing, waiting and guarding.

Umesh Kumar has been relating to Sunil formally and subjectively, the artist creates meaning with the manipulation of materials and found objects from the debris of the metropolis. Two pillows burst open to spill hand crafted wicks, they are pregnant with dreams and nightmares that haunt. The assemblages of objects collected are put together as a totem to commemorate labor and the chain of migration that has relocated for a better livelihood. A conscious effort is made to connect it physically with the work of his collaborator. The reference to floating landscapes invoke the shifting spaces of memory and contested spaces . Each of the objects evoke the absence of the worker and a search for utopia.

The residency became a catalyst for the artist who worked together, in the spirit of experimental art practice beyond the authority of institutions and socially engaging in common issues. The used objects have a patina of sweat and recollect the many lives of the working class that want to make ends meet. The migrant worker is everywhere beyond boundaries and amongst us.

As we exist within the contemporary landscape of alternative spaces of the city, I want to second this statement by Pooja Sood-“Of greater valence is the fact that Khoj has anticipated change and worked to keep pace with it. It has viewed disruption as a challenge and has been persistently self reflective while walking the tightrope of institutionalism. But, mostly, Khoj has always looked ahead: constantly inquiring, exploring, and seeking”
- Suresh Jayaram 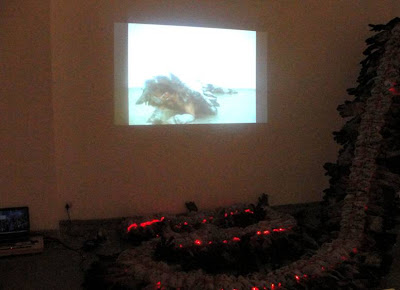 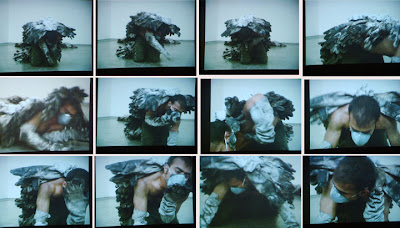 Me with workers - video stills 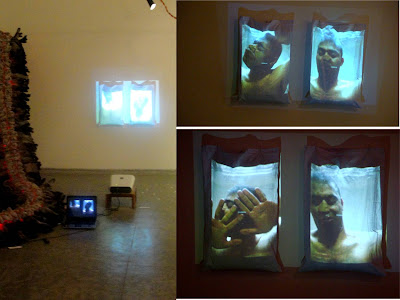 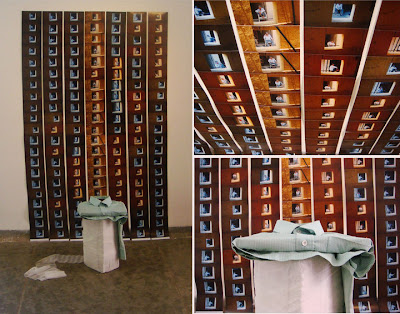 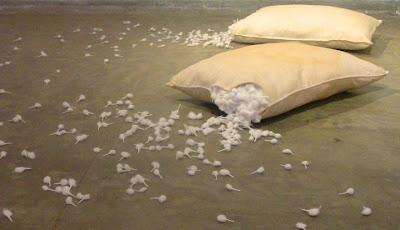 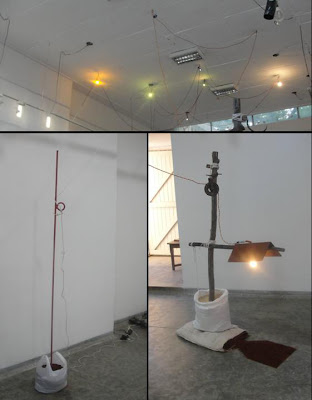 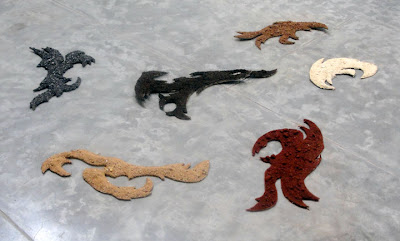 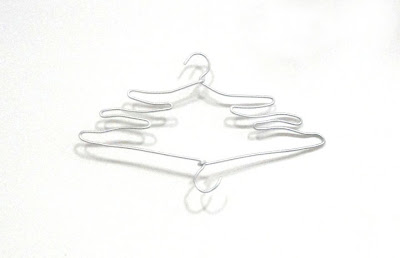 Untitled
aluminium hangers
Umesh Kumar P N
....
Following are links of the coverage by the Media.
http://www.timeoutbengaluru.net/art/arts_features_details.asp?code=169
A feature interview with the two artists by Jaideep Sen in Time out Bangalore
http://www.timeoutbengaluru.net/art/arts_preview_details.asp?code=111
.......
Posted by Suresh Jayaram at 7:46 PM No comments: