About the TalkSonal Khullar will discuss her newly published book, Worldly Affiliations: Artistic Practice, National Identity and Modernism in India, 1930-1990, in the context of new global histories of modernism and recent exhibitions of contemporary art from India. Drawing on Edward Said’s notion of affiliation as a critical and cultural imperative against empire and nation-state, this book traces the emergence of a national art world in twentieth-century India and emphasizes its cosmopolitan ambitions and orientations. It focuses on four major Indian artists – Amrita Sher-Gil, Maqbool Fida Husain, K. G. Subramanyan, and Bhupen Khakhar —whose careers reveal a distinctive trajectory of modernism in the visual arts in India that is foundational to the representational practices of the present. Khullar analyzes the shifting terms of Indian artists’ engagement with the West –an urgent yet fraught project in the wake of British colonialism—and to a lesser extent with African and Latin American cultural movements like Négritude and Mexican muralism. Such cross-cultural negotiations were by no means exclusive to the artists of this study, but were the structural conditions for modernism in twentieth-century India.

Sonal Khullar is Associate Professor of South Asian Art at the University of Washington, Seattle. She is the author of Worldly Affiliations: Artistic Practice, National Identity and Modernism in India, 1930-1990 (University of California Press, 2015). Her research interests include global histories of modern and contemporary art, feminist theory, and postcolonial studies. 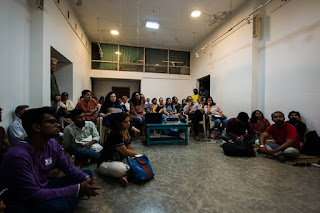 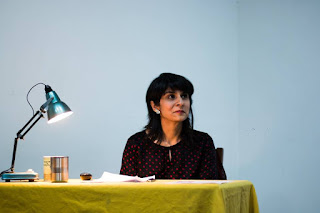 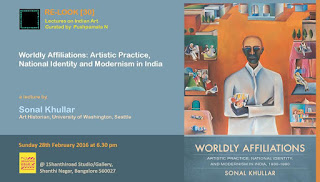 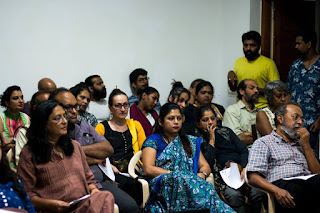 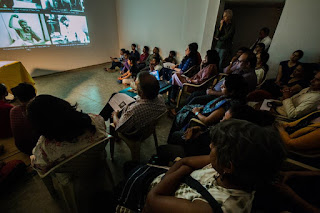 What is it that draws the Past into the waking world?

It is the picture. It is the voice. It is aroma.

The Past lives in us through a tapestry of the senses.

These are the fabric of Rooh, the spirit that arises and ...
fills your being at the most unexpected moment.

Bringing comfort and sadness at once.

In Rooh, I have brought together landscapes:

Family stories. There is one photograph from the dargah of

Qutbuddin Bakhtiyar Kaki, in Mehrauli. On a hot summer afternoon, I shared a shady spot

in the dargah courtyard with two Kashmiri women. Struck by their beauty and poise, I asked

if I could take their picture.

As you walk in these landscapes, you may meet and feel the spirits of these worlds.

The Bombay photographs are from either side of Mohammedali Road.

My mother, Asiya, spent twenty years meticulously studying and writing about the lives of

people in Bombay who became bankrupt

in the latter part of the nineteenth century. She has written a book about them, “Bombay’s

Their ghosts and their descendants surely dwell in the neighbourhoods

I roamed in. Ayesha, the butcherman Ismael’s mother, could well be sitting at the chai shop

in Zakariya lane, watching me as I walk up and down. The descendants of tailors,

continue to live and work here.

Presence flows through worlds we hold apart in the language we speak.

It streams from photographs and from handwritten letters,

Where moments ago was quiet, now speaks a voice.

A voice I listened to on a morning gone by is back.

Past tumbles into Present.

His conversations covered many themes: Justice, Conflict, Ghalib and Mir, The Evolution of

Language, Photography, Silence. I recorded the Breakfast Monologues over a period of six

In Rooh there is a collection of stories, drawn from the Breakfast Monologues. The stories

are primarily from my father’s life, growing up in Eastern UP, from the early 1930’s to the

His family lived in Benares twice during this time.

October 2014. They are pictures of people and spaces that are linked to the world of my

Over the past three years, I have made cyanotype prints of select family photographs.

Cyanotypes were first made by the British astronomer Sir John Herschel, in 1842. He

devised the process to make multiple copies of mathematical tables. Soon after, the British

botanist and artist, Anna Atkins, made exquisite cyanotypes of algae, ferns and flowering

Here, you will find indigo blue prints of my sister, brothers, cousins, parents, aunts and

uncles. As I made the Family in Blue prints, I listened to my father’s Breakfast Monologues.

I wove another set of stories from the existing tapestry. 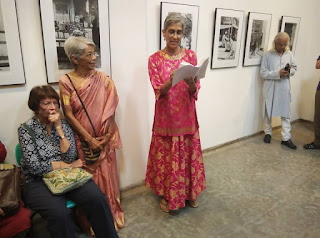 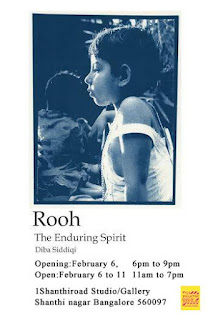 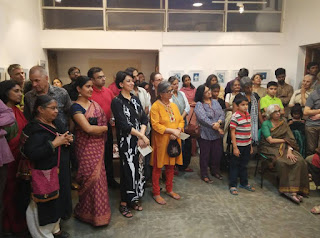 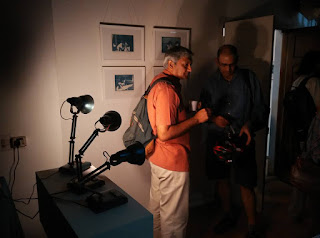 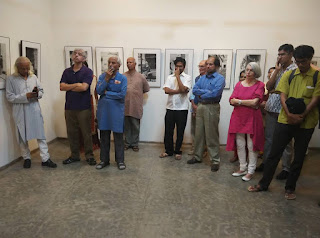 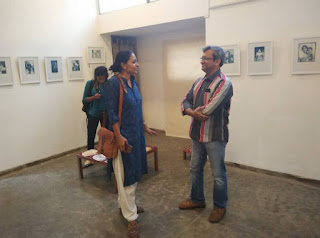 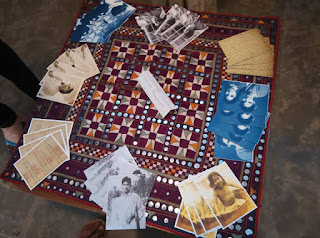 Posted by Suresh Jayaram at 6:00 PM No comments: