WORKING ON THE EDGE by Raghu Kondur

Raghu Kondur has been working with the city of Bangalore and mapping the city's changing landscape.This process has brought together many unheard voices and people from the city's under belly. The accelerated change and erasures are inevitable here; the city seems like  a construction site, a battle ground of change and resistance, loss and hope. The unplanned chaos is unnerving; the change in landscape has left us with only real estate as a promise for the future. This is visual response to the absurdity of a city that is at siege, the mocking of a city that seems to be waking up late and has been caught napping. This event is one of the many to focus on Bangalore growth, organized to look at urban issues and to ask questions.The overarching interest at the working class and to find meaning of ordinary people and their life's.
In all this,the worker is someone who plays a significant role. Raghu makes it visible, the images of the city beyond the gloss and hype. Makes you listen to many unheard voices.In this project the heroic worker is made the hero,someone who risks his life for us.It is here that we see the vulnerability of the worker who balances life and work.The artist projects the worker as an active participant in the process of development.And reconstructs the scaffolding as an installation for us to negotiate.
Raghu  Kondur, graduated from ChitraKala Parishath, with a  Bachelor of Fine Arts degree(Painting) in 2004.
Posted by Suresh Jayaram at 5:05 PM No comments:

Social Practice: an Entry, Showcase of Projects by Students of Srishti School of Art, Design and Technology 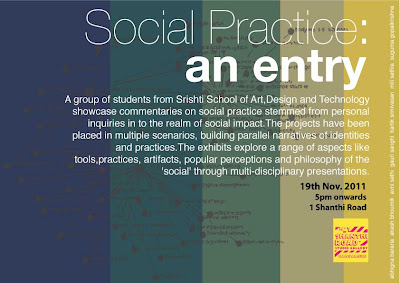 Posted by Suresh Jayaram at 12:07 PM No comments:

Politician -Exhibition of Paintings by Ashok.U 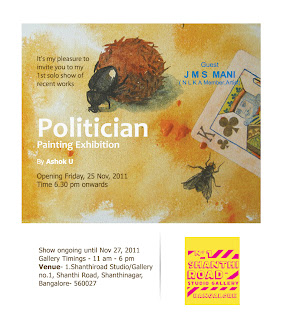 Ashok.U has been consistent as a painter and has been exploring the idea of painting on the format of a box. This concept gave him an opportunity to approach the box with techniques used in package design. His current preoccupation is politics and the politician. He questions the system using popular symbols. In this exhibition fragments of symbols come together to create new meanings. The viewer is invited to visually unwrap the box. The box is empty!

Ashok.U studied at the Ken School of Art, where he graduated in 2000. Ashok works as a graphic designer and has been actively participating in group shows. This is his first solo show.

A PROGRAM IN MEMORY OF FAMILA 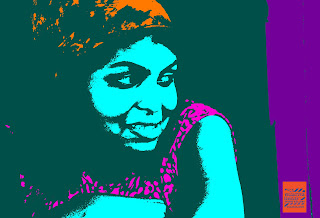 A PROGRAM IN MEMORY OF FAMILA
Organized by friends of Famila

Famila, a radical feminist, very active in queer politics, a Hijra who questioned all forms of hierarchy and feudalist patriarchal systems within and outside the community, a beautiful person who brought in new visions and aspects to queer politics died in the year 2004 when she was 24 years.Famila identified herself as a Hijra, sex worker, bisexual and a feminist. She was a board member of Sangama, an organization working for the human rights of sexual minorities, an active member in Vividha, an autonomous collective of marginalized sexualities and genders. She was also working in Sangama as a project coordinator for Hijras and transgenders.  Her everyday life itself was a challenge to the hetero-normative patriarchal society. Many people during her time boasted about communal living but never succeeded. She was a real example for communal living, as there were many people who lived in her house. It was a house of marginalized sexualities and genders. This shows that she not only identified herself as Hijra but also respected and accepted different sexual and gender identities in its real meaning.Famila was born on 6th November 1980. She was the first person to go against her own community to accommodate all queer identities, especially the female born sexual minorities, in her house providing shelter.Famila was well known for her clear, straightforward and radical articulation of the struggle of marginalized sexualities and genders in many conferences and programs. She took a lead role in organizing the 2nd Hijra Habba in Bangalore through the autonomous collective Vividha, mobilizing more than 2000 people for the program and collecting funds from public to fight for the rights of marginalized sexualities and genders.Unfortunately, she passed away in 2004 July, at the age of 24. There has been a huge loss to the work that she planned to do and also that kind of radical politics. For friends of Famila she is not dead and is very much alive for many of us in our memories. A few friends of Famila from last year have started celebrating her birthday in her memory to keep her radical politics alive.We are organizing a program in memory of Famila on 6th November 2011 at the 1Shanthi Road, Shanthinagar, where her friends will share their experiences with her and some footage will be shown about her. People who would like to share their experiences about the interactions with her are most welcome to do so.
Speakers – A.Revathi, Shakun Mohini and Chandini

Posted by Suresh Jayaram at 5:48 PM No comments: