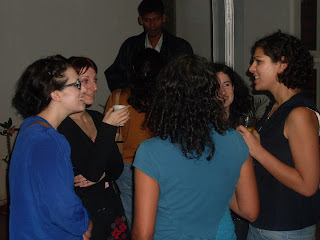 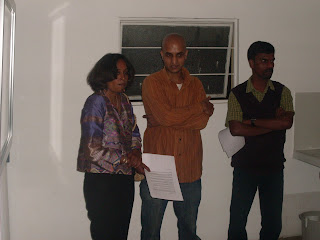 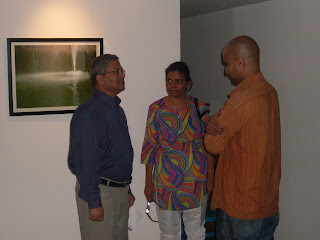 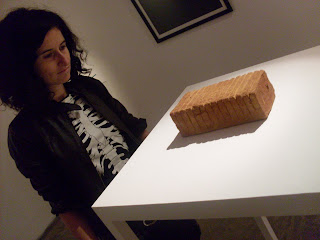 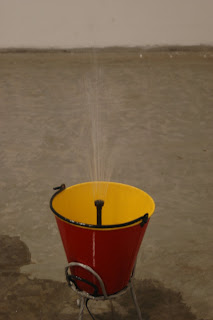 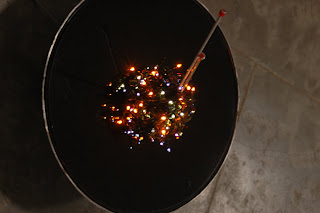 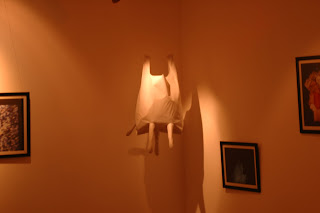 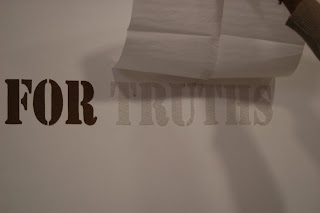 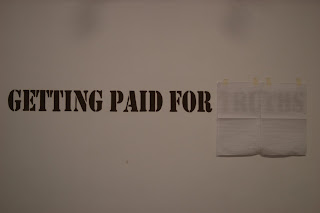 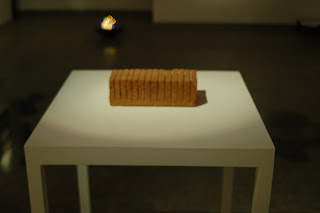 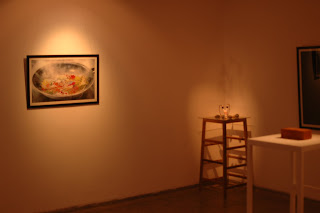 
The first solo exhibition by Bangalore’s young artist Umesh Kumar P N (1 Shanthi Road Studio/Gallery, December 21 to 25) introduced him as a new talent to watch out for. Even though initially his works somewhat baffle the spectator and take time to sink in, they offer a perhaps not always entirely resolved and sometimes over-intellectualised, but genuine, engaged and imaginative array of personal moods, insights and broader thoughts about the composite nature of our experience in the urban world.

His art dealing with strange confluences of sensations around the proximity of diverse and ever fragmentary, often chance and alien objects or substances, eventually brings about a kind of tentative reconciliation laden with a restrained, pervasive nevertheless, and in the end emotive atmosphere. Quite like Umesh’s content, his aesthetic approach oscillates between the visually and tangibly expressive, the metaphoric and the conceptual.
Similarly and consequently, his media range from sculpture to assemblage or installation and photography. Whereas one can sporadically spot influences from recent art history, the show, within its deliberate piecing together of different elements, as a whole holds much individual authenticity. One’s reservations concern only the unnecessarily cerebral character of the exhibition title – “Miscellany Optjectii” hinting at objects, options and objections and the derivative, over-complicated jargon of the artist’s statement, which obfuscate rather than elucidate the matter. Art and writing about it need not imitate jigsaw-puzzles for profundity.

The actual works fortunately avoid this trap in most instances over a balance of jarring foreignness, illogic and distance with a new connectedness that bears intimacy and a tactile visual poetry. On entering, the mood was set by the tailor’s mannequin dressed in an eerily contorted shirt which yielded warm humour.
Throughout, there prevailed a combination of gravity with amusement and lyricism, be it the hard, grainy brick resembling a sliced loaf of bread, the fire-fighter’s bucket turned into a dainty fountain, the synthetic udder of a shopping bag of plentiful delights or the catapult with sweets-like pebbles. Very effective was the evocation of warmth and fantasy around motherly domesticity and festive lights.

One appreciated the tender irony in the sugar-coated sandpaper stencilling the reward for truth. The quietly absorbing photographs - direct as well as consciously angled or digitally manipulated, provided another but similarly handled perspective onto the reality of contrary, separate details that conjure elusive but persistent entireties of feeling and recognition. Such states could be sensed in the images that juxtaposed-partly resolved opposing human limbs and gestures, blurring commercial illumination or a pile of clothes seeming to come alive.
Posted by Suresh Jayaram at 4:13 PM