Past Futures of Old Media I Gulammohammed Sheikh’s Kaavad I Travelling Shrine I Home, talk by Karin Zitzewitz 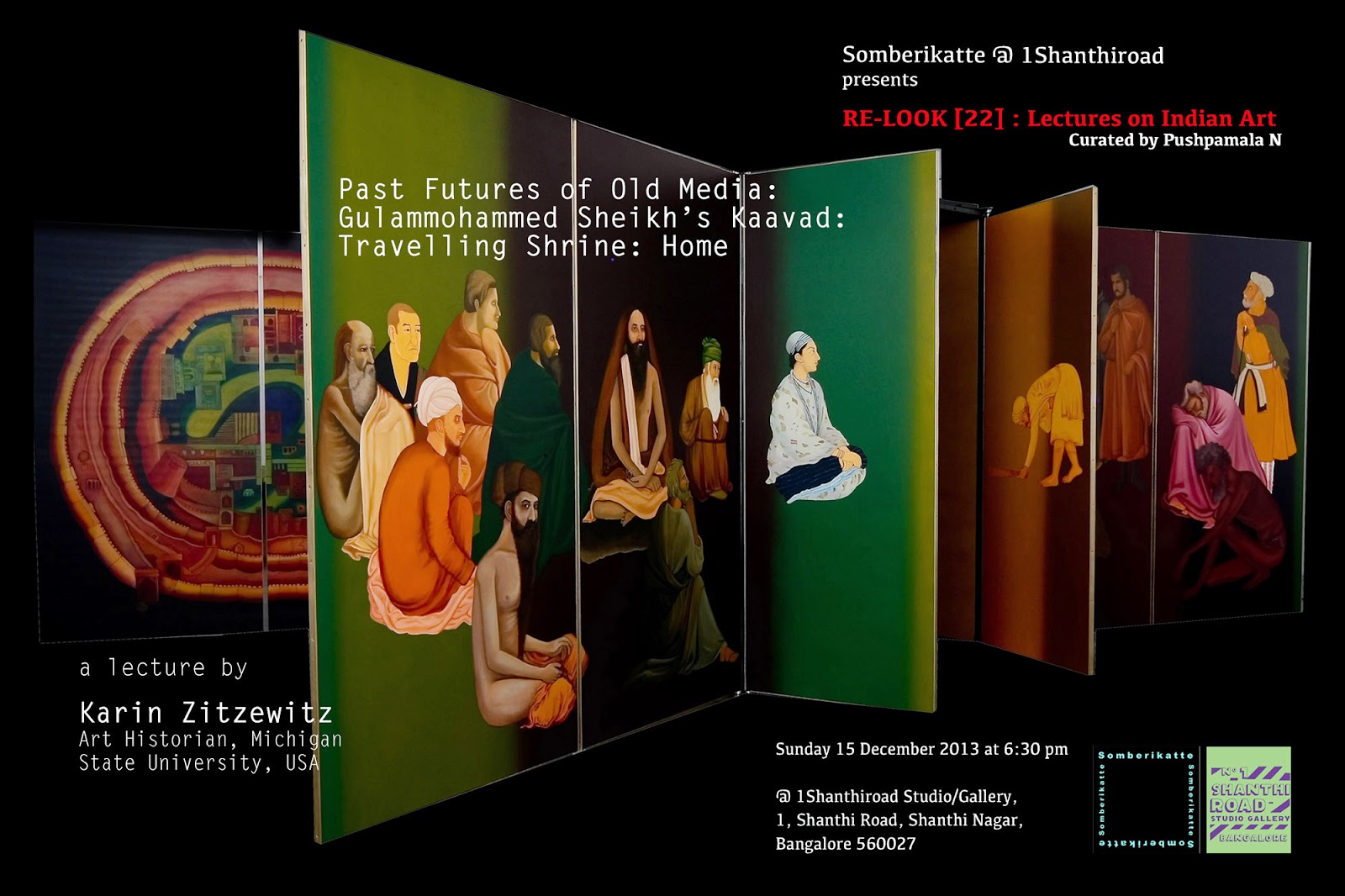 Over the past decade, Gulammohammed Sheikh has extended his career-long exploration of narrative, autobiography, and place-making by experimenting simultaneously with new media and old forms of visual storytelling.  Sheikh’s monumental project, Kaavad: Travelling Shrine: Home, extends his longstanding inquiry into the relationship between painting and modernity, which appears here as a secular critique of art’s secularization.  This paper focuses on two aspects of Sheikh’s work—its critique of secularization and its use of digital media—in order to argue that Kaavad provides a crucial opening from which to observe how the artist’s longstanding engagement with the history of representation is based upon a sophisticated critique of historical time.  Sheikh’s Kaavad, in both its representation of his own past work and in its careful assembly of an historical archive of images and figures, offers to viewers an open-ended visual and narrative experience that is at once grounded in a pre-modern past and surprisingly future-oriented.  Overall, it constructs a counterfactual world history in which the secular is absent, and then asks us to re-imagine temporality.  Though sheltered in known artistic forms and authoritative historical precedents, it imagines alternative futures for the past and, therefore, provides a utopian alternative to the present.

Karin Zitzewitz is Assistant Professor of Art History & Visual Culture at Michigan State University.  Her book, The Art of Secularism:  The Cultural Politics of Modernist Art in Contemporary India, is forthcoming from Hurst & Co Publishers (UK) and Oxford University Press (US).  She occasionally curates, including Naiza Khan:  Karachi Elegies (2013) and an untitled exhibition of the work of Mithu Sen (2014), both at the Eli and Edythe Broad Art Museum at Michigan State University. 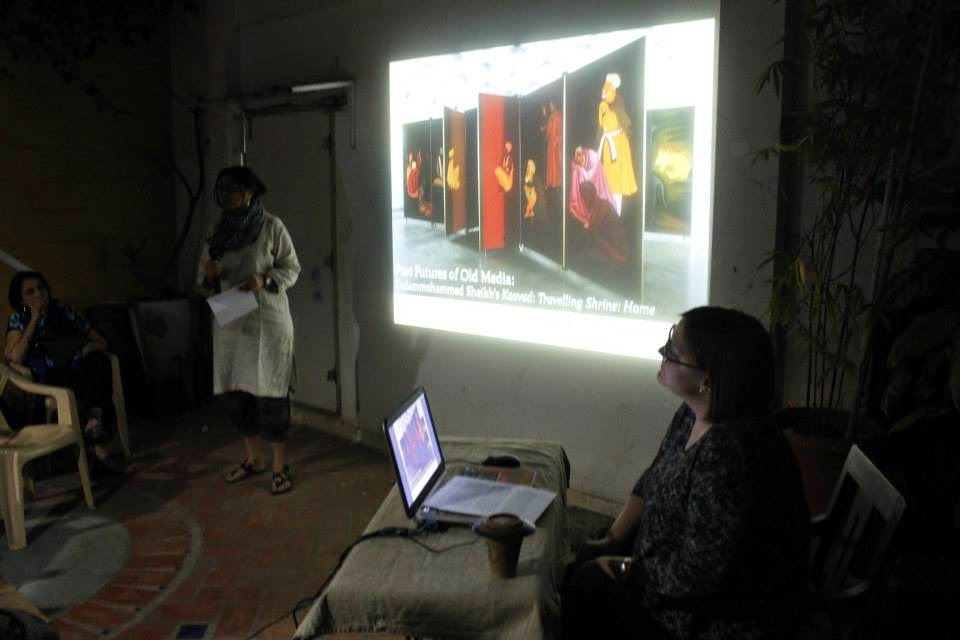 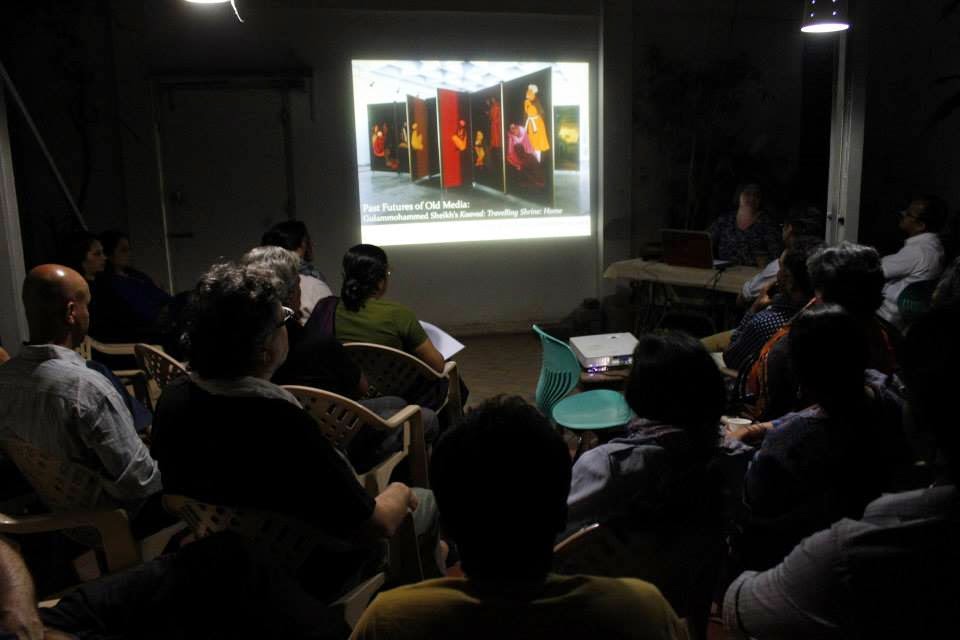 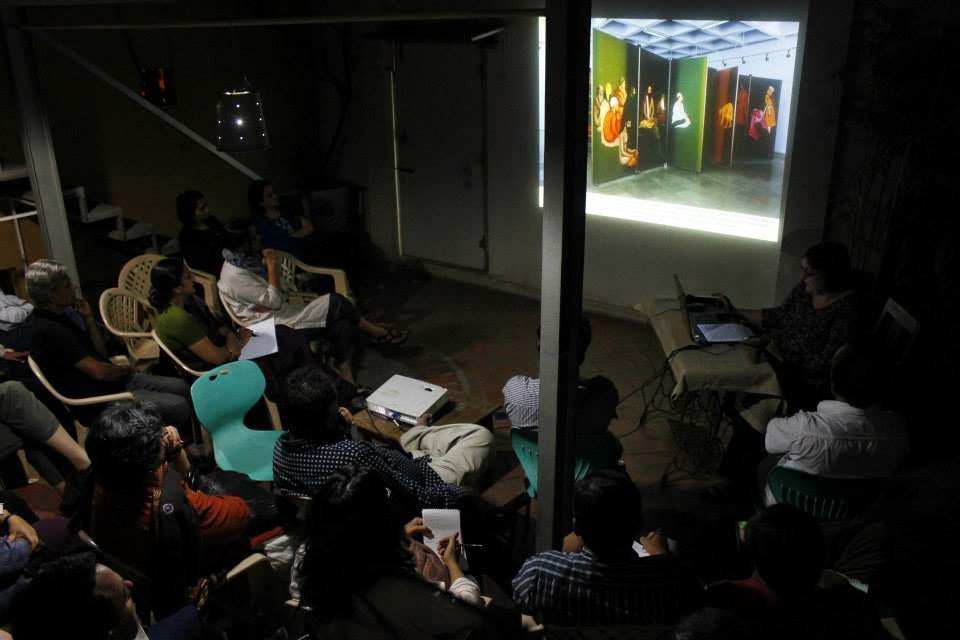 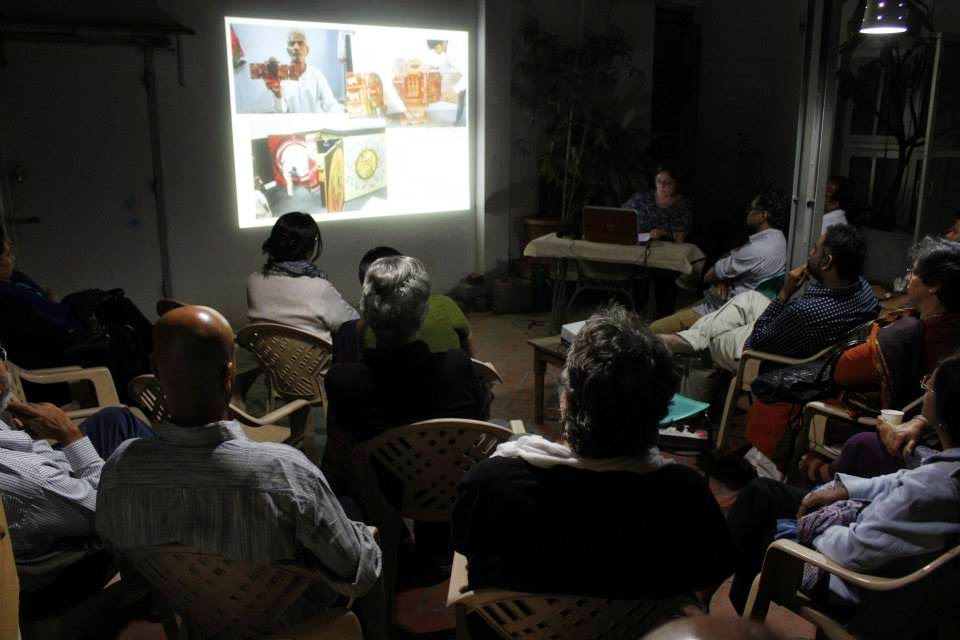 Posted by Suresh Jayaram at 2:43 PM