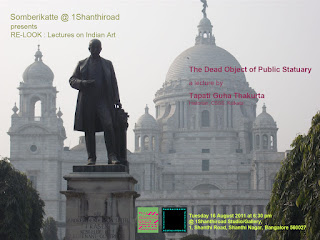 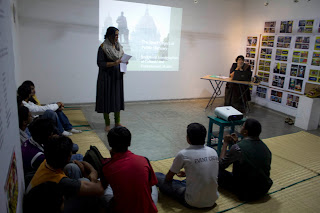 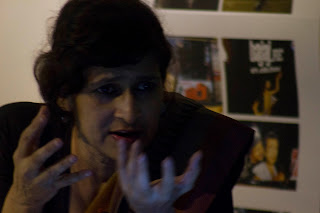 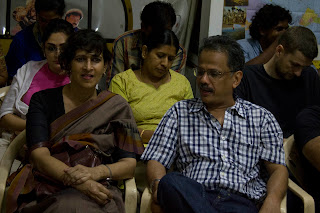 The Dead Object of Public Statuary
Despite their largeness and privileged locations, public statuary are usually rendered the   most ignored objects of public spectator-ship, consigned to a status of being neither ‘art’ nor ‘icon, neither ‘high’ nor ‘popular’ visual culture. With a focus on Kolkata’s’s colonial and post-colonial statues, the paper interrogates the public lives and functions of these objects from three angles: firstly, looking at the logic of the form and materiality in this genre, and the purposes they serve in transforming human likeness into official symbol; secondly it explores why statues continually fall short of being sculpture, and thirdly it tracks the transition of the colonial to the post-colonial in the changing sculptural iconography of the city.

Tapati Guha Thakurta has written widely on the art and cultural history of modern India, and is currently a Professor in History at the Center for Studies in Social Sciences, Calcutta (CSSSC). Her two main books are The Making of a New 'Indian' Art: Artists, Aesthetics and Nationalism in Bengal(Cambridge University Press, 1992) and Monuments, Objects, Histories: Institutions of Art in Colonial and Post colonial India (Columbia University Press, and Permanent Black, 2004) besides several monographs. She has recently curated an archival exhibition of the CSSSC, titled The City in the Archive: Calcutta’s Visual Histories, which was on view at the Seagull Arts and Media Resource Center, Calcutta, from July 8 - 26, 2011. She is presently completing on a book on the visual cultures of Durga Puja in contemporary Calcutta.
http://autoraj.tumblr.c

Posted by Suresh Jayaram at 6:33 PM